Brooklyn Lawsuit Could Affect the Fate of Millions of Immigrants Nationwide

In his 26 years, Martin Batalla Vidal has been many things: a Mexican citizen, a New York City resident, a high school graduate, a nursing student, a caterer, a health club janitor and an undocumented immigrant. 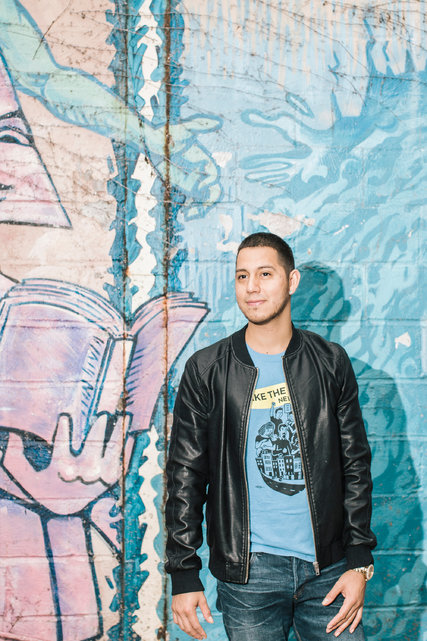 Martin Batalla Vidal, 26, had his three-year work permit revoked after a 2015 ruling by a federal judge in Texas that halted an expansion of President Obama’s signature immigration plan. Credit Christopher Gregory for The New York Times.

Recently, however, he took on another role: a plaintiff suing the federal government.

In August, Mr. Batalla Vidal filed a lawsuit in Brooklyn claiming that officials of the United States Citizenship and Immigration Services had illegally revoked his work permit by adhering to a 2015 ruling by a federal judge in Texas that halted an expansion of President Obama’s signature immigration plan called Deferred Action for Childhood Arrivals known as DACA. Mr. Batalla Vidal was the first — and so far only — person in the country to challenge the decision, which was upheld by the United States Supreme Court in June. And he has embarked on his battle with the fighting spirit of his adopted hometown, arguing that a ruling by a Texas judge simply has no bearing on people in New York.

“Texas has their own laws,” Mr. Batalla Vidal, who lives in Ridgewood, Queens, said recently. “But other states, like New York and California, we’re different. I just thought it wasn’t fair for myself and millions of other people that a judge somewhere else could affect our lives.”

A bit of background: In November 2014, Mr. Obama used his executive powers to expand the DACA program, increasing the length of work permits for eligible children of undocumented immigrants to three years from two years. At the same time, he established a corollary program known as DAPA, or Deferred Action for Parents of Americans and Lawful Permanent Residents, which allowed as many as five million unauthorized immigrants who were the parents of citizens or of lawful permanent residents to obtain work permits and avoid deportation.

A month after the executive orders were signed, Texas, among other states, sought a court order to the stop the programs. In February 2015, a federal judge in Texas, Andrew S. Hanen, ruled in their favor. Judge Hanen’s decision was upheld this summer by a deadlocked Supreme Court, which was evenly split on the case, leaving the ruling intact. Last Monday, the Supreme Court declined to reconsider the case.

Mr. Batalla Vidal found himself caught up in this contentious litigation. With the help of Make the Road New York, an immigrant advocacy group in Brooklyn, he received his three-year work permit from the government in February 2015 — one day after Judge Hanen issued his injunction. Three months later, however, immigration officials demanded the return of the permit, saying that because of the ruling he could work in the country for only two years.

“When I first got the letter, I didn’t understand what was going on,” Mr. Batalla Vidal said. “I had just received my permit, so how were they going to revoke it?”

Mr. Batalla Vidal came to New York from Mexico at 7, settling with his parents and three younger brothers in Jackson Heights, Queens. When the family moved to Bushwick, Brooklyn, Mr. Batalla Vidal attended the Bushwick Leaders’ High School for Academic Excellence. “Mr. Batalla Vidal considers New York his home,” his lawsuit says, “as it is the only place he has lived as an adult.”

When Mr. Batalla Vidal’s work status was altered by the government, he was working two jobs: at a catering company and as a desk clerk and housekeeper at a New York Sports Club. He eventually enrolled in ASA College in Brooklyn, pursuing a medical assistant degree. Although he received a scholarship specifically designed for DACA students, the revocation of his three-year permit has jeopardized his ability to support himself and to pay the remainder of his tuition.

And so over the summer, with the help of his lawyer, Vanessa Dell, he got in touch with Michael J. Wishnie, a professor at Yale Law School. On Aug. 25, Mr. Wishnie filed a lawsuit on behalf of Mr. Batalla Vidal in Federal District Court in Brooklyn, asking a judge to declare that the Texas injunction “does not apply to New York residents.”

“I think the potential impact here could affect millions of people,” Mr. Wishnie said. He estimated that about 2,600 DACA recipients nationwide had their three-year work permits revoked because of the Texas ruling. But if Mr. Batalla Vidal’s lawsuit spares New Yorkers from the ruling, hundreds of thousands of people in the state could be eligible again not only for the expanded DACA privileges, but also for those that were available under DAPA. That number, Mr. Wishine said, could increase even more if plaintiffs in other states like California and Illinois also sue and win.

Though a decision in the case is months away, Judge Nicholas G. Garaufis, who is considering the suit, seemed to look upon it favorably at a hearing in Brooklyn last month. Adam Kirschner, a lawyer for the federal government, told Judge Garaufis that the Obama administration had strenuously fought the Texas ruling, but that, because it had been upheld, immigration officials were now in the “untenable position” of having to enforce it in New York.

Judge Garaufis said he sympathized with the government’s position, but he refused to be “hamstrung,” as immigration officials were, “in dealing with an issue involving individual rights.”

The next hearing is scheduled for January.

Mr. Batalla Vidal, who said he had been afraid to sue the government at first, now feels optimistic. “It just felt great to hear the judge,” he said. “At the end of the day, I’m not really fighting for myself — I’m fighting for my community.”

Though he said he harbored no animosity toward Texas, he was clearly happy to live in New York.

“I’ve never been to Texas,” Mr. Batalla Vidal said, “and honestly, I’m not interested in going.”