Farewell and my deepest thanks 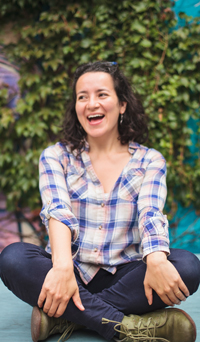 This was a difficult decision: MRNY has been my home and life’s work since I joined the organization in 2001. I feel fortunate to have grown up and developed alongside so many tremendous young leaders and our deep bench of members who have built one of the most effective community organizations in the U.S.

I am leaving Make the Road New York in the extremely capable hands of Deborah Axt and Javier Valdés, who joined me as co-Executive Directors in 2012, and whose hard work and vision have steered MRNY for many years.

I am motivated by the possibility of immigration reform and the new public demand to confront inequality and racism. Our communities need even stronger, rooted organizations to lead the fight. I look forward to working with my colleagues at CPD on this effort, and to continue supporting the growth of Make the Road Action Fund, MRNY’s 501c4 civic engagement wing.

Every day, I count the blessings that MRNY has given me. I imagine my own daughter growing up to attend and lead MRNY’s neighborhood meetings as I did as a young woman. When she’s a little older, I will tell her my story: I was born in Colombia, but I come from the belly of this most loving community, and became who I am marching in the streets of New York City with you.

Thank you for your support and guidance over these years.