The family living above Neir’s Tavern is still facing eviction

The celebration at Neir’s Tavern lasted deep into the night Friday as patrons, including Mayor Bill de Blasio, toasted a lease agreement that would enable the 190-year-old Woodhaven watering hole to stay in business. Local elected officials, the Queens Chamber of Commerce and even the de Blasio administration had intervened to help broker a new deal that would keep the historic bar in business.

The four family members living in an apartment above Neir’s haven’t been so lucky. The family has fought a monthslong court battle against eviction and listened to the weekend festivities wondering if they too might receive some influential support that would help them stay put, too.

“For us this is home,” said Teresa Cruz Arcos, who has lived in the building at 87-48 78th St. with her daughter, sister and nephew since 2013. “We feel good that they’re helping the bar, but we want the same opportunity and the same help.”

The property owner, 353 Rockaway Realty LLC, began eviction proceedings against the Arcos family in April 2019, five months after purchasing the building in December 2018 for $1.35 million. The LLC is owned by Qing Shi and Henry Shi, according to property records, and their attorneys did not respond to multiple phone calls for this story.

After the landlords purchased the building, they put it back on the market, attempting to lure a new buyer with information about potential rental income from the bar, an adjacent martial arts studio and two residential units on the second floor.

A real estate brochure for the property sets an asking price of nearly $2.4 million and suggests that the next buyer could charge $2,800 for the unit where Cruz Arcos and her family live. The pamphlet lists two residential units — including one that is vacant — and pegs the family’s rent at $1,350 per month. Barbie Li, the real estate agent who represented the landlords and is named on the pamphlet, said she is no longer working with the landlords because they do not want to sell.

Cruz Arcos said she and her family actually pay $1,375 per month, and they continue to make their payments as holdover proceedings continue in Queens Housing Court. They have not had a lease since 2015, when a previous landlord owned the building, she said.

“We can’t afford other apartments,” said Cruz Arcos, who works in the mailroom of a company that insures taxis and other for-hire vehicles. “We’ve looked in the area, in Long Island.” 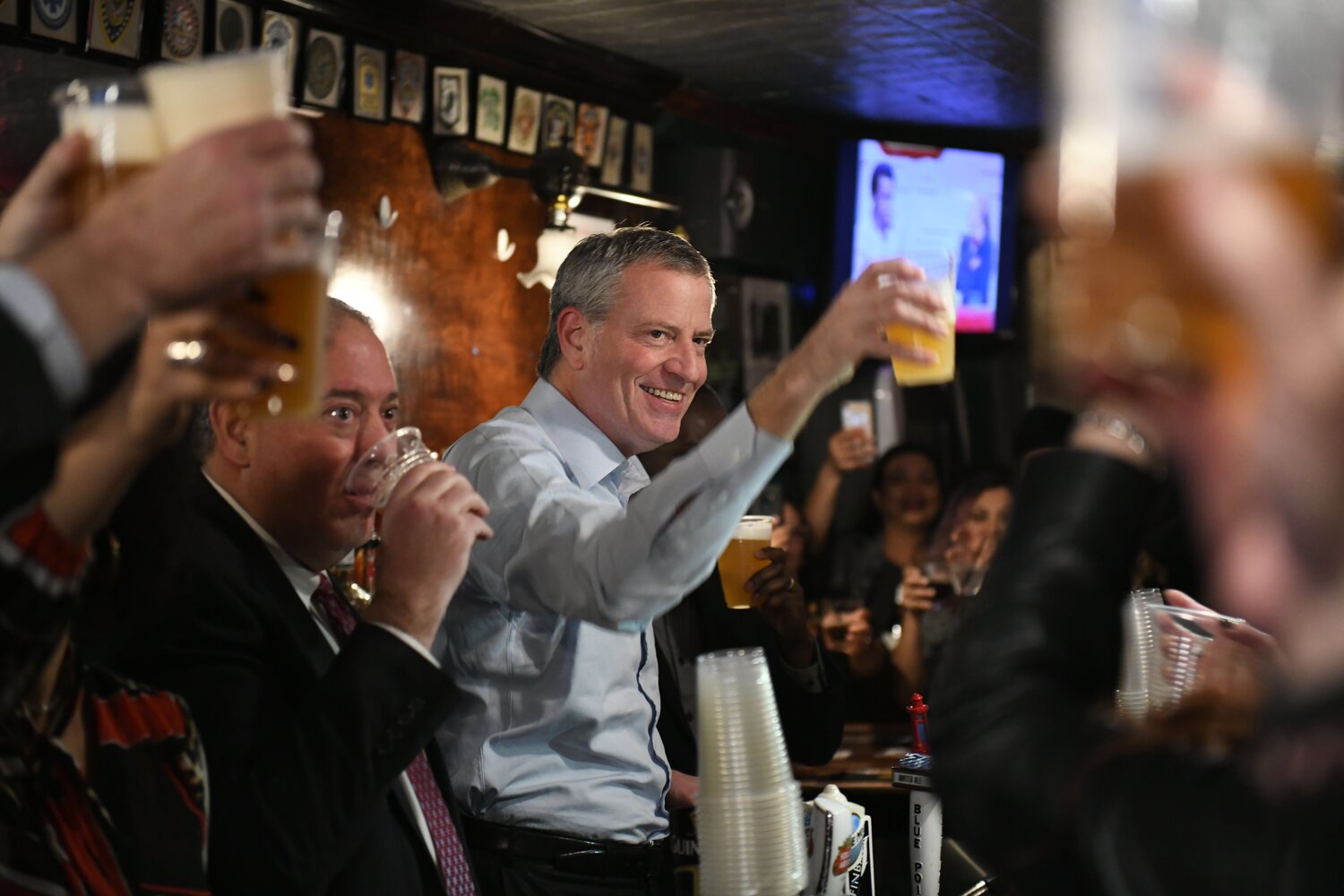 The family could be evicted under state law affecting buildings with fewer than six units, but it’s more complicated than that, said the family’s attorney Aura Zuniga.

Zuniga, a staff attorney with Make the Road New York, said that the building actually contains at least six units, including four quirky spaces converted to residential use, which would “make it fall under the protection of rent stabilization.”

Many of the other tenants left the building after the new landlords took over, Cruz Arcos said, but she said her family decided to stand firm because of the way she was treated by the landlord.

The company next tried to get her to sign paperwork forfeiting the property, she said. The aggressive measures, she said, motivated her to seek help from Make the Road, where she and her nephew previously volunteered.

Cruz Arcos, her daughter and their advocates visited the bar on Friday night amid the celebration. There, Zuniga and Make the Road supervising attorney Jennie Stephens-Romero approached Mayor Bill de Blasio to explain the situation. They managed to share the information with a staffer who passed it on to the Mayor’s Office to Protect Tenants

“I will be working with these tenants to see if there is any way the city can help them remain in their homes,” Mayor’s Office to Protect Tenants Director Jackie Bray told the Eagle in a statement.

Assemblymember Mike Miller and Councilmember Robert Holden, two other local leaders who intervened on Neir’s behalf, said they were not aware of the situation, but said they also plan to reach out to Cruz Arcos’ family and to Zuniga.

Zuniga said it’s time for the city to step up for the residents the same way they intervened for Neir’s.

“They have been there for a really long time, they’ve lived in that neighborhood for a long time,” Zuniga said. “The bar is a landmark. It’s definitely worthy of being saved, but the tenants deserve some assistance, as well.”